Umpire Kumar Dharmasena has admitted that an “error” was made as England was awarded six runs from an overthrow in the World Cup 2019 final against New Zealand on 14th July.

Talking to media, Kumar Dharmasena said, “It’s easy for people to comment after seeing TV replays. I agree that there was a judgmental error when I see it on TV replays now. But we did not have the luxury of TV replays at the ground, and I will never regret the decision I made.”

“I did consult the leg umpire [Erasmus] through the communication system which is heard by all other umpires and the match referee,” he told the newspaper.

“While they cannot check TV replays, they all confirmed that the batsmen have completed the second run. This is when I made my decision.

“Besides, the ICC praised me for the decision I made at that time.”

A rocket throw by Martin Guptill at the stumps deflected off the bat of a diving Ben Stokes as he tried to complete a second run and raced to the boundary for four, with Sri Lankan umpire Dharmasena awarding England six runs.

The incident proved to be a turning point of the match as both teams finished at 241 runs after their stipulated 50 overs pushing the match into the Super Over. However, both sides scored 15 in the Super Over and finally, England was declared as champions on the basis of ‘boundary count’. 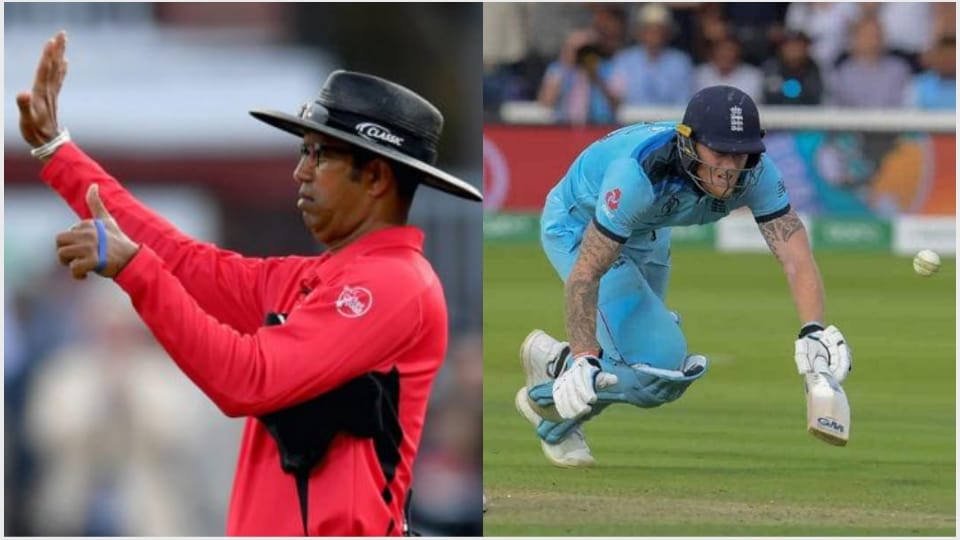