COLORADO: Two male students armed with handguns burst into a Denver-area science and technology school and opened fire on Tuesday, killing one classmate and wounding seven others before being taken into custody, law enforcement officials said.

Several of the surviving victims of the attack at the Science, Technology, Engineering, and Math (STEM) School in Highlands Ranch, a Denver suburb, was initially listed in critical condition at local hospitals and in surgery, Douglas County Sheriff Tony Spurlock said at a briefing.

An 18-year-old male was pronounced dead at the scene, Spurlock said a short time later.

“Two individuals walked into the STEM school, got deep inside the school, and engaged students in two separate locations,” Spurlock said.

A handgun was recovered at the scene.

“I have to believe that the quick response of the officers that got inside that school helped save lives,” the sheriff said. 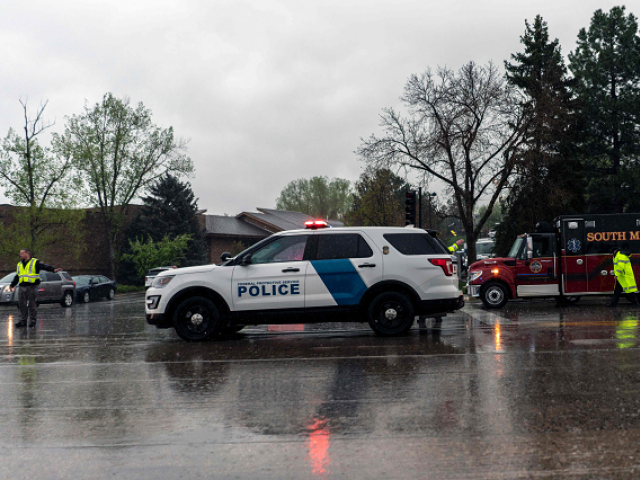 The STEM School Highlands Ranch, a kindergarten through 12th-grade school in central Colorado with a student population of around 1,800, is located around five miles (eight kilometers) by road from Columbine High School.

The school was closed for several hours as a large police contingent was deployed at the site. The lockdown was lifted around 3:00 pm (2100 GMT).

Security measures were taken at several area schools and parents of STEM students were asked to pick up their children at a site near the school.