HASSAN ABDAL: At least 13 people killed and another 34 sustained critical injuries today (Thursday) when a passenger bus turned turtle due to over speeding on motorway near Brhama Interchange close to Hassan Abdal.

As per details,. The ill-fated passenger coach was going to Lahore from Swat and 59 passengers were travelling in the bus.

Meanwhile, police and Rescue officials rushed to the spot and shifted the dead bodies and injured persons to Texila, Wah Cantt and Hassan Abdal hospitals for medical attention. 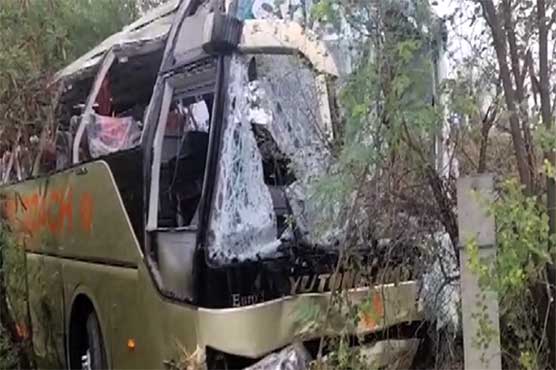 Police arrested him and shifted him to the Wah Police Station