Former Pakistan skipper Shoaib Malik has announced his retirement from ODI cricket after his side was knocked out of the ICC Cricket World Cup 2019.

Addressing a press conference after Pakistan’s victory over Bangladesh at Lord’s, Malik confirmed his retirement from the 50-over format but reiterated his intention to play in next year’s T20 World Cup.

He said, “I’m sad that I’ll be leaving the format of cricket that I once loved,” Malik said. “But happy that I’ll be spending more time with my family.

“I would like to thank some of the most important people who’ve supported me through these 20 years of international cricket, starting with the players I shared dressing rooms with, the coaches I played under, my friends and family, the media, my sponsors, the Pakistan cricket board and sports board.

“But most importantly, my fans, I love you all.

“If you go through the whole thing, sometimes you perform and sometimes you don’t. But of course [the World Cup] is a big platform and expectations were high.

Malik had last year announced that he will retire from ODI cricket after the World Cup which is going on in England and Wales. 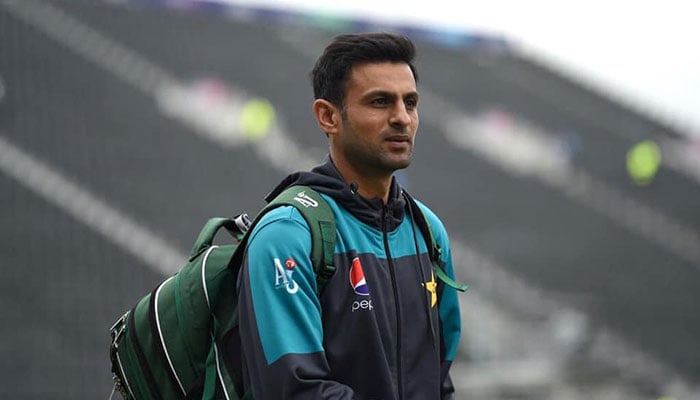 The 37-year-old made his ODI debut against the West Indies in 1999 and since then has played in 287 matches, scoring 7,534 runs – including nine centuries – and taking 158 wickets.

As an off-spinner, he finished with 158 wickets, while he also captained Pakistan in 41 ODIs.

A legend leaves the ODI field for the final time.

One terrorist killed in exchange of fire ...

Two matches to be played today in ...