Kalashnikov’s AK-47 represents a timeless design and an instantly recognisable icon of warfare, but one thing it cannot do is fly.

But Russian arms maker Almaz-Antey, 2018 on what looks like a literal flying AK-47 drone.

Images filed with patent show a minimalist drone formed around a Kalashnikov-style rifle.

The aircraft has no apparent propulsion, but has two large bulbs that may support propellers. It looks to have large control surfaces built into rear vertical stabilizers and towards the gun’s barrel at front of aircraft. 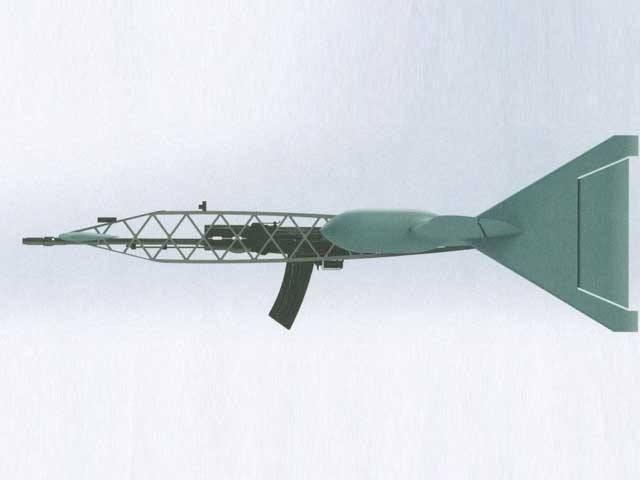 The gun appears a completely standard Kalashnikov rifle, with a standard banana-shaped magazine that extends conspicuously from the bottom of airframe. 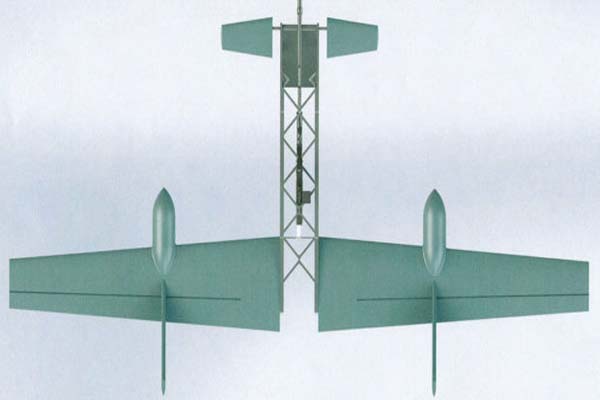 But the flying AK-47 drone patent raises more questions than it answers. With forward facing propellers, drone would likely have to maintain some velocity throughout its flight. Other drones with helicopter-like rotors can fly in place.