The drone is very small with a diameter of 10 cm, or slightly less than 4-inches. It weighs in at 72 grams and uses a single camera and little onboard processing to fly around a track autonomously.

The researchers were able to design this smaller drone thanks to the algorithm they invented. Their drone captures only essential data like thrust and drag forces on the drone. 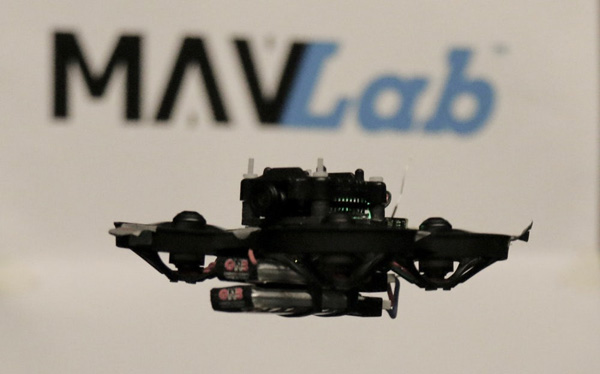 Using the new algorithms, the team raced the drone along a 4-gate race track where it flew multiple laps at an average speed of 2 m/s. That is competitive with larger autonomous racing drones. The team says that the drone can cope with the displacement of the gates.

To reduce the needed sensors, the team cut back to using only the estimated drone attitude for its predictive model. The drift of that model is corrected over time using vision methods. 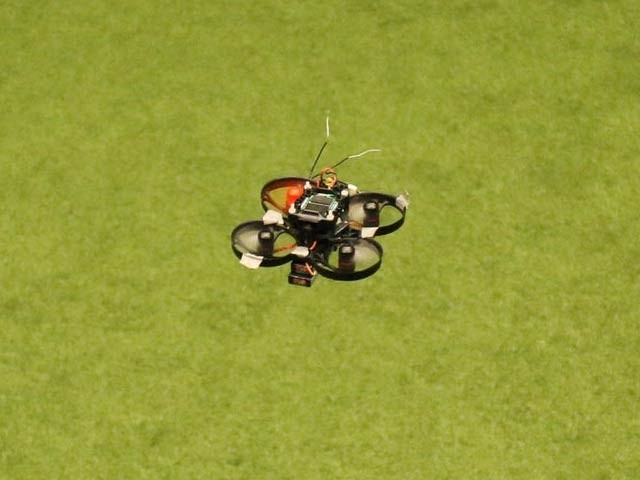 Other benefits to a much smaller drone include the ability to choose their trajectory more freely, and the gates are relatively larger for the smaller drones making it easier to fit through.

The next steps for the drone project include better predictive control, state estimation, and computer vision