The investigation officer told court that Iqbal Arain, one of the accused, has passed away. The court ordered to produce his death certificate. It also summoned the accused through the Sindh chief secretary.

In previous hearing, two of accused had submitted an application seeking to become approver in the case against former president and other accused.

Kiran Aman and Noreen Sultan, employees of a private bank, told court that they were willing to testify as witnesses and had also submitted a request in this regard with NAB chairman.

They said instead of listing them as witness bureau had implicated them as accused.

Zardari, his sister and other accused are facing charges of laundering more than Rs35 billion through fake bank accounts. Zardari’s close aides Hussain Lawai and Anwar Majeed have also been nominated in the scam. They both are in judicial custody. 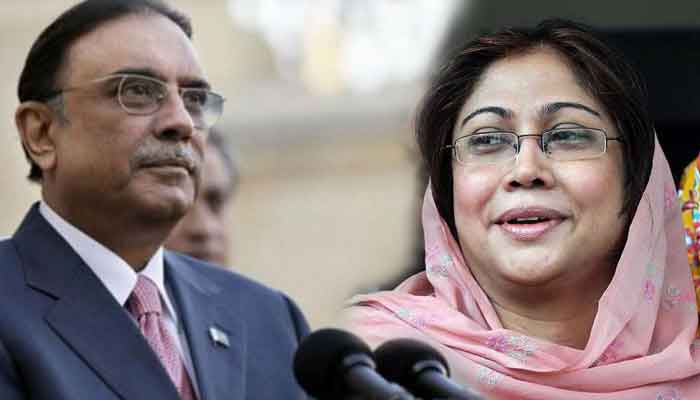 Last month, a banking court in Karachi transferred money laundering case against former president, his sister and others to Rawalpindi on a request by NAB.

Court also cancelled interim bail of 19 suspects, including the PPP leaders in case.  Court directed the authorities to return surety amount to the suspects.

Earlier, on March 28, an Islamabad High Court (IHC) bench, comprising Justice Aamir Farooq and Justice Mohsin Akhtar Kayani, had approved pre-arrest bail for the PPP co-chairman and his sister against a surety of Rs1 million each.