OLD TRAFFORD: In the mega clash, India beats Pakistan by 89 runs in the rain affected match.

The left-arm spinner struck twice in quick succession as Pakistan, who had been 117 for one, lost four wickets for 12 runs in 18 balls at Old Trafford to dent their bid to reach a target of 337.

After 35 overs, Pakistan — who have lost all six of their previous World Cup matches against India — were struggling at 166 for six.

In the mega clash between Pakistan and India, Pakistan needs 337 runs to win in 50 overs.

Muhammad Amir gets his third as Virat gone after scoring 77 runs in 65 balls.

The rain has been stopped and Indian batting continued. No overs lost. Mid-innings break was a short one – 15 minutes.

Earlier, Match between Pakistan vs India was stopped due to rain. India was at 305/4 in 46.4 overs.

Dhoni swung it hard but only managed an edge to Sarfraz Ahmed. 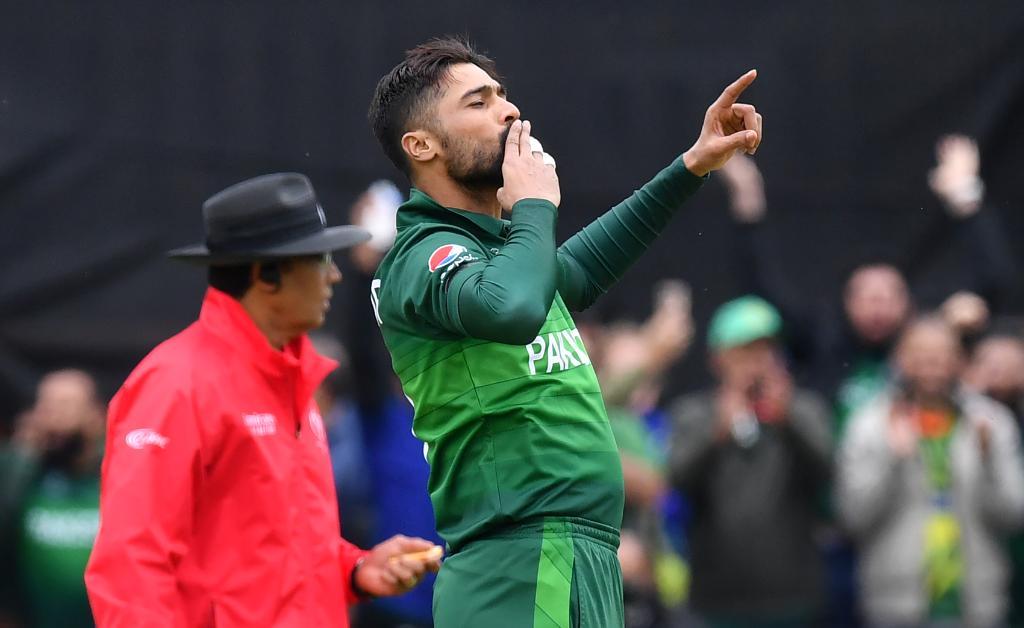 Virat Kholi scores his 11,000th ODI run. He reaches the landmark in 54 fewer innings than anyone else.

Pandya looked to play helicopter, but did not get enough, Babar took a good catch in the deep. He scored 26 off 19 deliveries.

Hasan Ali strikes, as Rohit Sharma gone after scoring 140 runs in 113 balls with the help of 14 fours and 3 sixes.

Rohit Sharma scored his century in just 85 balls with the help of 9 fours and 3 sixes. 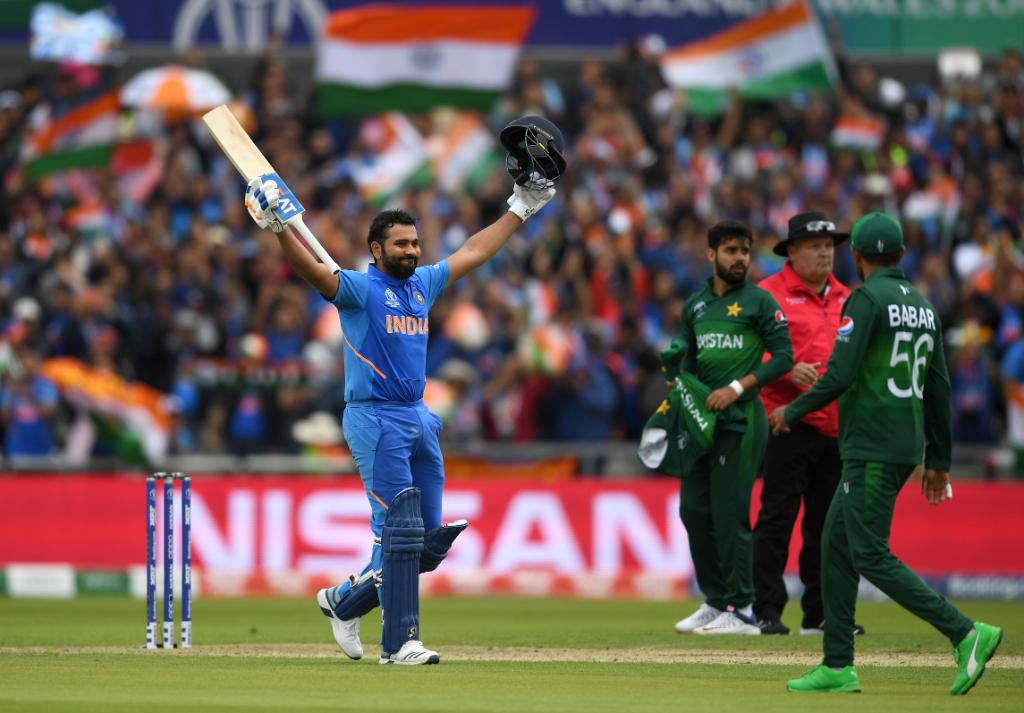 This is the first-ever 100-run opening stand for India against Pakistan in a World Cup match.

Virat Kohli comes to the crease. The last time he batted against Pakistan in the World Cup, he scored a match-winning century.

Rohit Sharma continues his sublime in ICC Cricket World Cup 2019 as he scored his 43rd ODI half-century off 34 balls.

Rohit Sharma in the first match against South Africa scored 122 runs and remained not out. He continued to show his brilliance and scored 57 runs in the second match of the world cup against Australia.