KARACHI: One person died and another 10 injured as the roof of the mosque collapsed in Goth Aligarh Society of Sohrab Goth area of Karachi (today) Monday.

As per details, the mosque roof collapsed during the Eid-ul-Azha prayer due to dilapidated condition.

The rescue teams and police rushed to the scene and retrieved the injured from the debris and shifted them to the hospital for treatment.

However, the deceased has been identified as Khushaal.

A day earlier, at least 11 people, including a child, lost their lives in rain-related incidents in Karachi. Nine people died of electrocution, while two were killed in roof collapses in Qasbah Colony and Bhatta Village as the megalopolis experienced heavy monsoon showers for a second consecutive day. 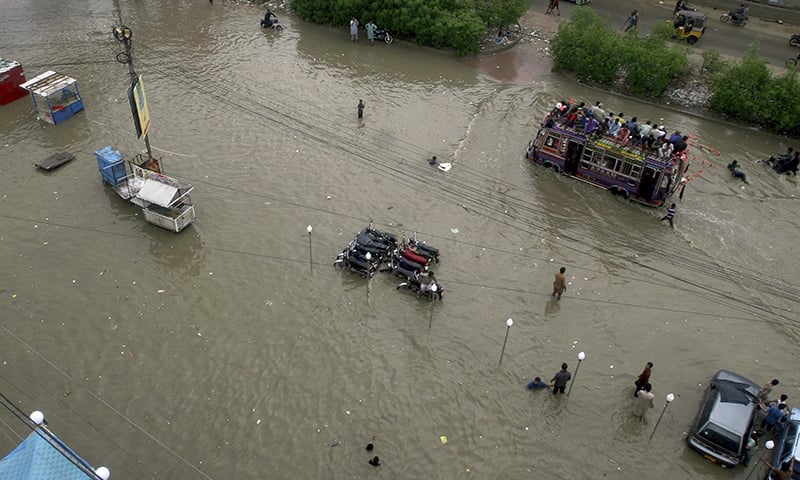