LONDON: England thrashed New Zealand in a nail-biting match and won the World Cup 2019 for the first time. 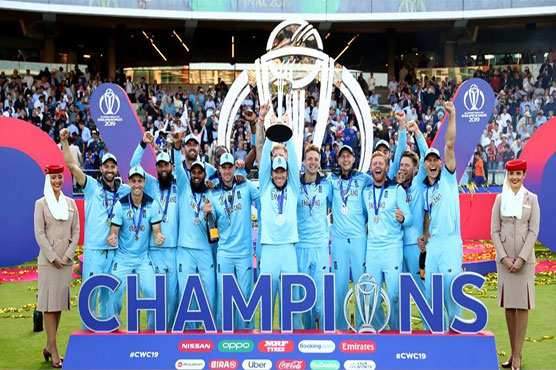 Eoin Morgan s side finished on 241 all out in pursuit of New Zealand s 241-8, sending the match at Lord’s to a super-over thriller.

England’s Ben Stokes and Jos Buttler took 15 off Trent Boult s over before Jofra Archer stepped up to bowl against Martin Guptill and Jimmy Neesham.

With two runs required off the final ball, wicketkeeper Jos Buttler and Jason Roy combined to run out Guptill as he came back for the second. 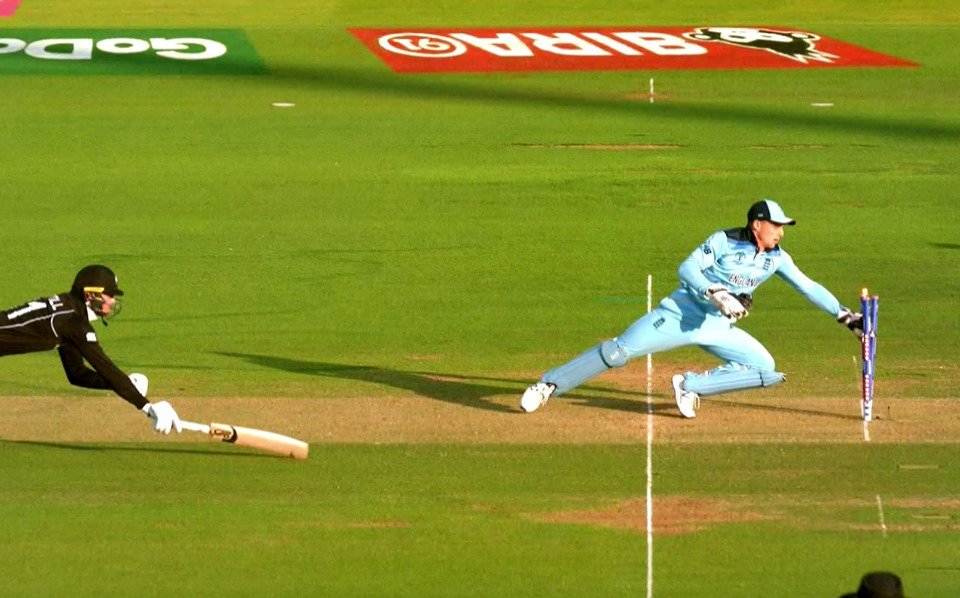 That meant the host nation won on superior boundary count, sparking wild scenes of celebration at the “home of cricket”.

HM Nicholls was the highest scorer for the Kiwis side as he scored 55 runs in 77 balls. Chris Woakes and Liam Plunkett took 3,3 wickets each.

Both teams aim to clinch their first ever World Cup trophy at the Lord’s today (Sunday).

Neither England nor New Zealand has won the World Cup before and Sunday’s winner would create cricketing history.

The host England won six out of their nine group matches to end up third in the list while New Zealand won five out of nine matches with one rained-off match and ended up fourth.

New Zealand thrashes India in the first semi-final and England beats Australia magnificently in the second semi-final to reach the final.

In this tournament, they boast a well-balanced attack led by left-arm quick Trent Boult but are over-reliant on captain Kane Williamson and fellow senior batsman Ross Taylor for their runs.

England’s World Cup campaign was derailed because of the two shocking defeats against Pakistan and Sri Lanka. But the team, in the middle of extreme criticism, made a stunning comeback and now find themselves just a step away from being crowned the World Champions.

England’s openers Jason Roy and Jonny Bairstow are in terrific form and it can be said that the England has the best batting line-up in this World Cup. While on the Bowling side, Chris Woakes and Jofra Archer support England and make it a balanced side.

PML-N’s spokespersons are telling lies one after ...