Virginia Beach Police Chief James Cervera said that the mass shooting began in the city’s coastal resort as the gunman entered the municipal center’s public works and utilities and “fired immediately and indiscriminately on all the victims.”

The chief later said the suspect confronted him inside the building in a “long-term gun battle” with law enforcement officers. One police officer was wounded in the shootout, but his life was saved by his bullet-proof vest. 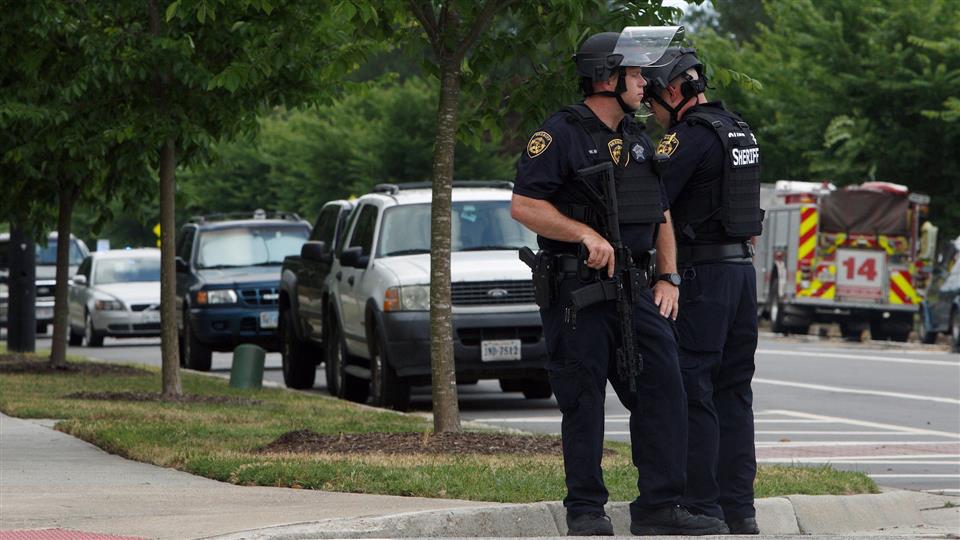 He added that the suspect was armed with a 45-caliber handgun equipped with a device called a “sound suppressor” and reloaded his weapon with extended ammunition magazines as he moved through the building.

Authorities said the gunman ultimately was shot by police and was pronounced dead at a hospital.

Cervera said the suspect was a longtime public utilities employee, and described him as “disgruntled,” but declined to say more about what may have precipitated the attack.

The shooting was believed to be the deadliest act of workplace gun violence in the United States since February, when a factory worker shot five colleagues to death in Aurora, Illinois, just after he was let go from his job.