ISLAMABAD: Adviser to Prime Minister on Finance, Dr Abdul Hafeez Shaikh announced that the deadline for the amnesty scheme — alternatively the Assets Declaration Scheme 2019 — has been extended till July 3.

While addressing a press conference, Dr Shaikh “We are extending the deadline of Asset Declaration Scheme by July 3 in the better interest of the people who wanted to gain benefit from the scheme.”

He was accompanied by Minister of State for Revenue, Hammad Azhar, Federal Board of Revenue (FBR) Chairperson Shabbar Zaidi, and Special Assistant to the Prime Minister on Information, Dr Firdous Ashiq Awan. 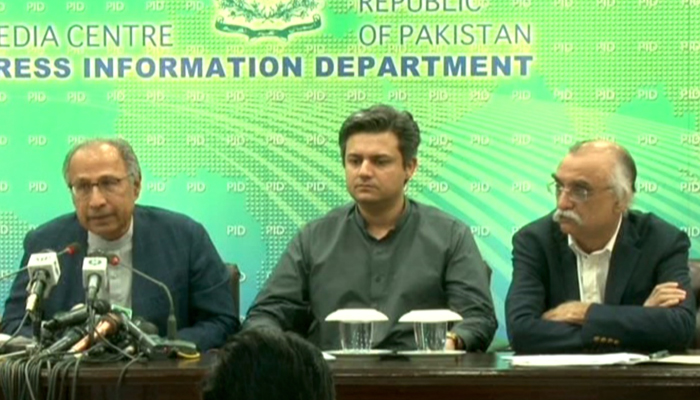 He said that Saudi Arabia came forward to help Pakistan in bad economic conditions of the country and announced to lend oil of worth $3.2 billion.

“An agreement of worth $3 billion was also made with Qatar and has received the first tranche of $500 million,” said Abdul Hafeez Sheikh.

The finance advisor said that the federal government decided to decrease the total layout of the budget by Rs50 billion.

He said that Rs 216 billion have been set aside for the electricity consumers using 300 units, adding that fuel prices in Pakistan increase when oil prices go up in the international market.

He lauded the sacrifices of tribal people in the war against terrorism. ‘Rs152 billion have been allocated for tribal areas.”

Hafeez Sheikh said that special attention has been paid towards areas of Balochistan and South Punjab according to Public Sector Development Program (PSDP).

He added: “When Pakistan Tehreek-e-Insaf (PTI) government came into power the economy of the country was going through a crisis.”