QUETTA: Nine terrorists killed and four security forces personnel were wounded in an exchange of fire with Counter-terrorism Department in Qaboo area of Mastung district.

According to CTD sources, the injured security personnel were shifted to CMH and FC Hospital Quetta for treatment, where they are reportedly in stable condition.

CTD sources claimed that a huge cache of arms and ammunition were recovered from terrorists’ possession.

A senior security official told that the slain militants were affiliated with an outlawed organisation. Their bodies were transported to Quetta for postmortem examination. 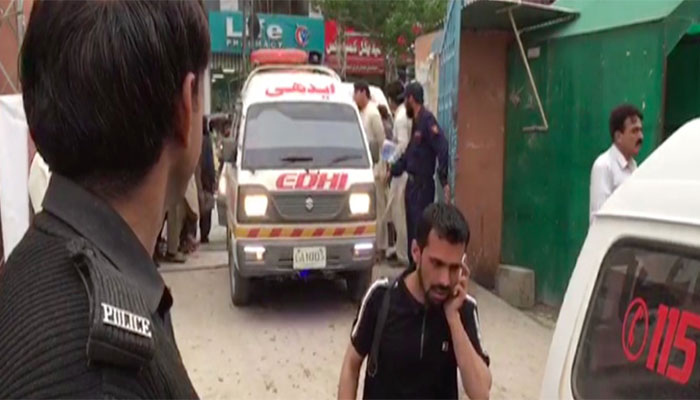 the bodies of the terrorists shifted to Civil Hospital of Quetta

Mastung is considered to be one of the sensitive areas of Balochistan. Security forces have conducted operations there against the militants in the past as well.