RAWALPINDI: Chief of the Army Staff (COAS) General Qamar Javed Bajwa visited the Line of Control (LoC) and celebrated Eid-ul-Azha with soldiers in the Bagh sector after offering Eid prayers at a nearby check-post.

The Inter-Services Public Relations (ISPR) in a statement informed about the COAS visit to LOC. 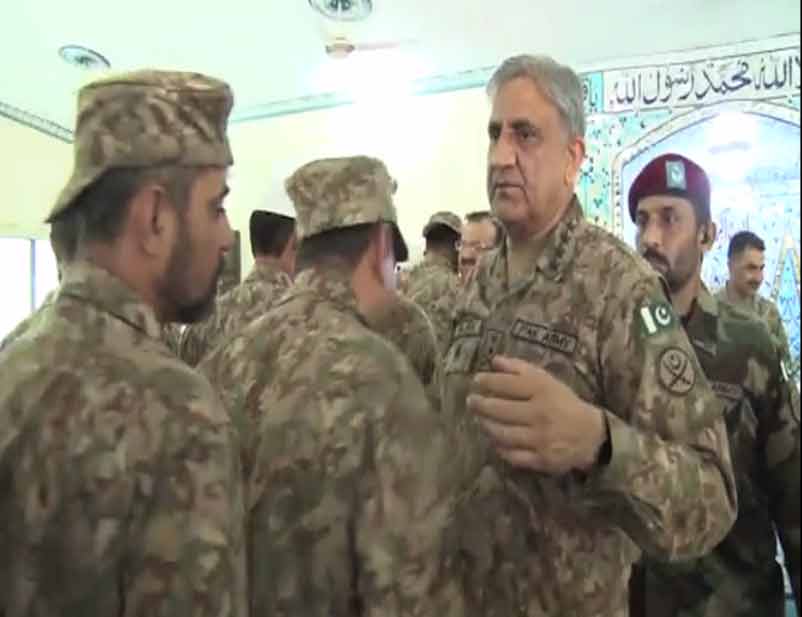 COAS Bajwa said that Pakistanis stood strong with their Kashmiri brothers and sisters.

The government, he added, had commenced multidimensional efforts to resolve the occupied Kashmir issue. India wishes to divert the world’s attention from the Muslim-majority Himalayan region, Gen Bajwa said.

COAS added, Pakistan was driven to resolve the Kashmir issue with a desire for peace, noting that India wished to divert the world’s attention from the disputed region and could do anything to mislead the global fraternity on the matter.

India wanted the world to focus its attention on the LoC and Pakistan, instead, the Army chief stated, vowing, however, to not let New Delhi hide its serious crimes in occupied Kashmir.

“We’re standing shoulder-to-shoulder with our Kashmiri brothers and sisters and will, InshAllah, complete every challenge [in the way] no matter how much time or effort it requires,” he noted.

Pakistan Army, Gen Bajwa added, was celebrating Eid-ul-Azha in solidarity with the inhabitants of Jammu & Kashmir.