By future_admin
340
0
BEIJING: China has successfully tested world’s first armed amphibious drone boat which Chinese military analysts claimed could be used in land assault operations and is capable of forming a combat triad with aerial drones and other drone ships, according to a media report. 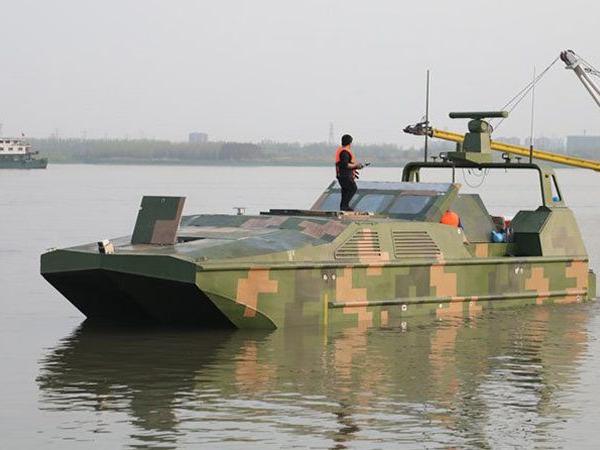 Having a maximum operation range of 1,200 kms, Marine Lizard can be remotely controlled via satellites, an official said.

In ship form, 12-meter-long Marine Lizard is a trimaran propelled by a diesel-powered hydrojet and can reach a maximum speed of 50 knots while maintaining stealth, it said.

When approaching land, amphibious drone ship can release four continuous track units hidden under its belly, and travel at 20 kms an hour on land.

With about USD 178 billion defence budget, two million strong Chinese military, world’s largest, has been focussing on developing a range of new weapons in recent years.

The Marine Lizard’s payloads include an electro-optical system and a radar system. In weapon department, it is equipped with two machine guns and a vertical launching system for anti-ship and anti-aircraft missiles, official said.