AR Rahman gifted a BMW to his fan

India’s legendary musician AR Rahman has an infinite fan following. His die-hard fan named Chander won over the attention of his pinup after he bought a BMW car.

AR Rahman has made his mark not just in his home country but around the world as well and after this kindness, his fans are getting more drowned towards him. 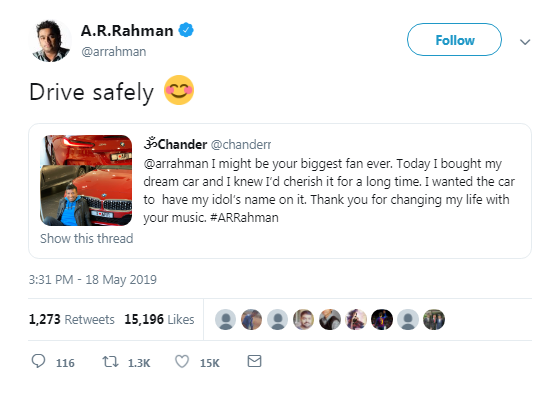 “@arrahman I might be your biggest fan ever. Today I bought my dream car and I knew I’d cherish it for a long time. I wanted the car to have my idol’s name on it. Thank you for changing my life with your music. #ARRahman (sic),” he wrote. 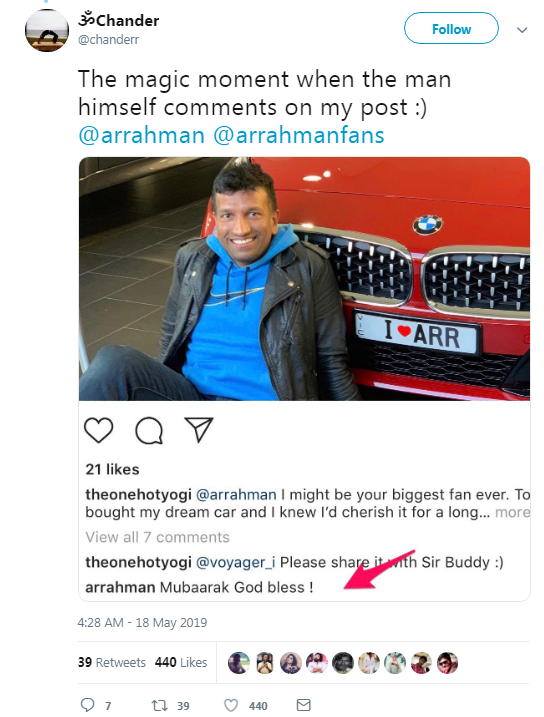 Fan’s wishes were soon granted after the music director replied to the tweet himself giving him some useful advice and best wishes on Twitter and Instagram both.

Maryam memorialize Nawaz during her way to ...

Opposition just want to save their foreign ...