80 percent has been agreed upon between Pakistan, India: Dr Faisal

Foreign Office spokesperson Dr Mohammad Faisal said over 80 per cent has been agreed upon between Pakistan and India.

Talking to journalists following the talks, Dr Faisal said: “In my opinion, around 80 percent and beyond has been agreed upon.”

The FO spokesperson said that he could not share details until a final agreement was reached.

Dr Faisal added that another round of talks would be held to address the approximately 20 per cent unresolved factors. However, he did not provide any details of the meeting.

The second round of talks was held today at Wagah. 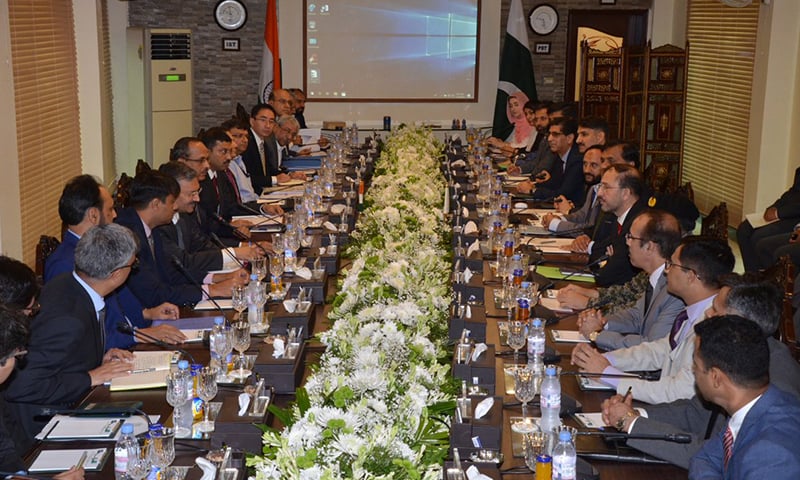 Following the talks, India’s Ministry of External Affairs shared details of a bridge that they were building and “urged” Pakistan to build a bridge on their side.

“Pending construction of [a] bridge over old Ravi creek by Pakistan on their territory, India offered to make interim arrangements for making corridor operational in November 2019, given [the] historic importance of 550th Birth Anniversary of Guru Nanak Dev Ji.”

The Ministry also said that the Indian side has asked Pakistan to permit 5,000 pilgrims to visit Gurdwara Kartarpur Sahib using the corridor daily and that an additional 10,000 pilgrims be allowed to visit on special occasions.

Additionally, they requested that Persons of Indian Origin with OCI [Overseas Citizenship of India] cards be permitted to use the Kartarpur Corridor facility. Those who are involved in money laundering ...